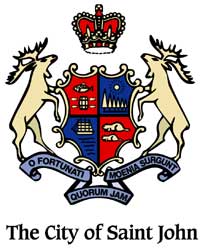 During the Rotary District convention held at the Algonquin Hotel in May, 1992, Past District Governor, Stan Steeves of the Moncton Rotary Club, challenged Past District Governor, Gerry Barnett, of the Saint John Rotary Club to start a PROBUS Club in Saint John during the new Rotary year (commencing in July with the installation of the new management group). Since the wager was $1.00, Gerry met the challenge and sprang into action. He put together a working committee involving

The committee adopted a critical path format and, with each member assigned a definite task, invited a large group of prospects to attend an information session at the Park Plaza Motel in early September. A committee from the PROBUS CLUB in Moncton attended the meeting and provided an effective presentation on “PROBUS Life and Activities”.

From that first meeting several events evolved including -
(A) Bill Bartlett became the first President.
(B) Mac Pike was installed as the first Vice President.
(C) The PROBUS CLUB of Saint John charter was established.
(D) Moncton PROBUS CLUB was instrumental in forming the Saint John
PROBUS CLUB.
(E) Of the forty-four prospects who showed up forty-three joined the club
and, of course, are charter members.
(F) The Park Plaza Motel became the first home of the club. (The following
year we moved to the Sulky Club at Exhibition Park
Raceway, and now our home is the Boys' & Girls' Club of Saint John)
(G) Past District Governor of Rotary, Stan Steeves paid Past Governor,
Gerry Barnett the famous $1.00 bet (cash,reportedly).

From that great start, the PROBUS Club of Saint John hit the deck running and has never looked back.